Multi-year drought and record-breaking heat have combined to fuel catastrophic wildfires in Australia over the past few months, which have been particularly severe over the past two weeks. Large swaths of Australia recorded both their hottest and driest year on record in 2019, including many of the areas hardest hit by wildfires.

The hot and dry weather has been driven by the combination of an extremely positive Indian Ocean Dipole (IOD) event, which is related to the orientation of water temperatures in the Indian Ocean as well as a large dome of stagnant high pressure anchored over the continent. Eastern Australia has been hardest hit by the heat, and dryness and the wildfires have been most intense in eastern New South Wales.

“Conditions have improved slightly over the past few days, but above normal temperatures and below-normal precipitation will maintain the threat for wildfires across eastern Australia through the weekend,” said Kyle Tapley, Maxar's Senior Agricultural Meteorologist. Wetter weather is expected to prevail next week, which would finally lead to a significant reduction in the wildfire risk.

In addition to the property destruction and human toll from the wildfires, the multi-year drought has led to successive crop failures across eastern Australia, particularly for wheat. “Australia is typically a large exporter of wheat, but the drought over the past three growing seasons has taken a significant toll on Australian wheat exports,” said Tapley.

From an energy standpoint, the excessively high temperatures have caused a strong demand on the electricity grid for air conditioning use. Last month, portions of South Australia observed the most dangerous temperatures with the town of Nullarbor reaching 49.9 C (121.8 F). The population centers of Adelaide, Melbourne, Sydney and Brisbane also observed temperatures consistently in the 40s Celsius.

Comparing the wildfires to other areas around the world, the amount of acres burned in Australia doubles the areas impacted in both the Siberia and Amazon wildfires in 2019. Keep in mind that Australia is only in the middle of their summer, with a few months yet to progress toward their autumn season beginning in the southern hemisphere. 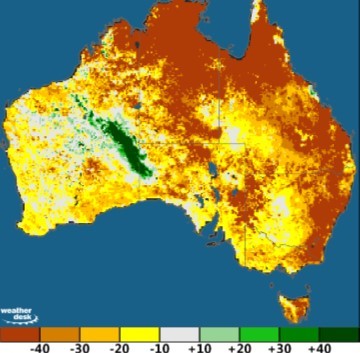 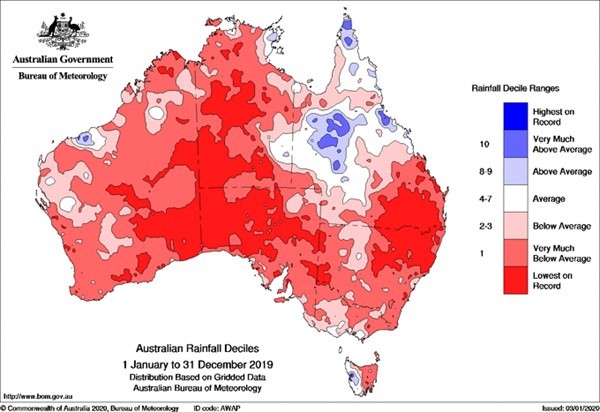 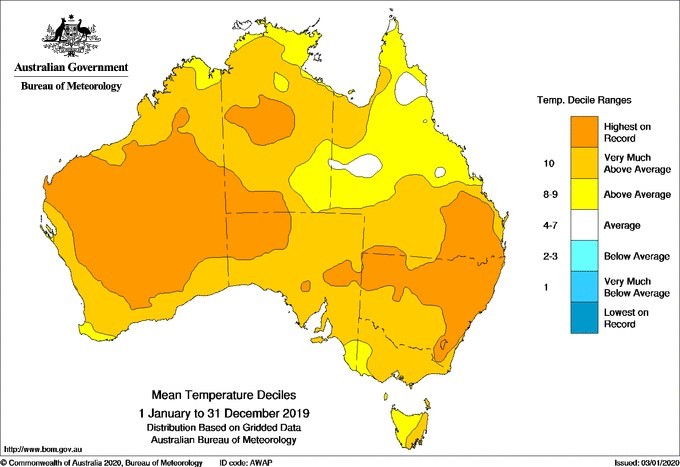 This article was originally published on the Maxar blog here.